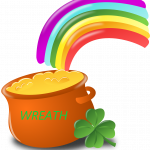 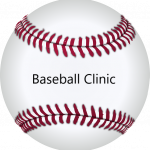 Lifestyles & Empire State College Partnership Program students learned about Nature Journal Writing, taught by Professors Mary Zanfini and Louise Vallario, during the Spring Semester 2020.  Lifestyles learners and Empire learners sat side by side as they learned about the writings of Emily Bronte and Emily Dickinson.  Students learned to observe nature and write in their nature journals.  Students created frames from branches found during a nature outing.  These frames were used to focus on a particular spot in nature.  Students experienced nature during class trips to Blue Heron Park, Staten Island Zoo and Clove Lake Park. Later, their journal entries were used to write poetry.

In addition, Lifestyles students’ poems were submitted to the Emily Dickinson Museum in Amherst, Massachusetts and displayed during a museum exhibit in honor of Emily Dickinson.

Lifestyles & Wagner College Partnership Program learned about types of theater, during the Spring Semester 2020. Lifestyles learners enjoyed mingling with Wagner learners while having lunch in Wagner’s Cafe.  After lunch, they learned about lighting and stage sets.  They enjoyed the Wagner students production, Sister Act.

Every donation counts and helps us helps the amazing people we work with every day.

By submitting this form, you are consenting to receive marketing emails from: Lifestyles for the Disabled Inc., 930 Wilowbrook Rd, 12G, Staten island, NY, 10314, US, http://www.lfdsi.org. You can revoke your consent to receive emails at any time by using the SafeUnsubscribe® link, found at the bottom of every email. Emails are serviced by Constant Contact.